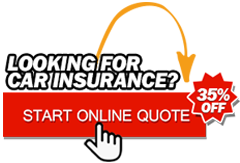 The Company’s foundation was solicited through years of sheer relentless determination since its incorporation on March 21, 1960 carrying all lines of insurance with special lead on suretyship, fire, marine, motor and personal accident. Twenty years later, its foothold became even stronger as if it has a fresh start. The Company has shown considerable proof of its steady growth and became one of the top domestic non-life insurance companies in the country.

The exuberance and unbelievable stride of the Company can be traced to the able stewardship of its Chairman Mr. David C. Mercado. SICI was able to make and succeeded in building considerable market share in motor, fire, marine, casualty insurance, and bonds. Proof why the Company currently managed to have a balanced portfolio with property line as major contributor to the Company’s total gross premium written.

Its chain of broad based and established service offices nationwide has strengthened the hold of the Company. Currently, it has service offices nationwide, which offer full service of insurance facilities from policy insurance up to claims servicing. The Company is accredited with almost all leading banks and financial institutions not to mention its recognized partnerships among government offices nationwide. SICI has even intensified its network through highly successful collaboration with highly respected and well-known dealership companies in Metro Manila and the provinces.

SICI on its own had put up 305 Million paid-up capitalization. Its automatic reinsurance facilities are supported by domestic and foreign partners, all highly rated by Standard & Poor’s mostly coming from reinsurance hub in Asia and Europe.

SICI is committed to rendering excellent services and will continue to extend dependable risk coverages through prudent and sound business practice coupled with technical expertise as it aims to be “A Complete Non-Life Insurance” Company.